Iâ€™m on my rant again about germs in school and a little confused at the same time. If you want to know what really bugs me, read my previous post I Love You, But You Can Keep Your Germs so youâ€™ll be up to speed. My latest issue comes from â€œmini meâ€ (my three year old) starting preschool last month and within the first week of being in school he caught a cold. He was miserable for the weekend and out for two days the following week. Â Real Scenario: There was a child in my sonâ€™s preschool class with a cold and runny nose. He was playing with other children, sharing toys, and playing on the computer etc. The only thing running through my mind was that he was passing nasty germs to all these other children including my son.

Iâ€™m a parent that keeps her sick children home from daycare, school, heck the public! If I feel that if my child is contagious or will affect the well being of any other child or person in good health, I keep them in isolation. I know not everyone agrees with me but, I have children that deal with asthma and a simple cold can trigger an asthma attack and cause breathing problems for the duration the cold lasts. I try to keep my children healthy as would any other parent, and Iâ€™ll isolate them from each other if an illness hits my household so that weâ€™re not passing it around. In know at times itâ€™s inevitable and a cold, flu or virus will run its course through your family one person at a time! Â Iâ€™ve been there! However, I believe in taking preventative measures.

Today I took â€œmini meâ€ to the pediatrician AGAIN, because heâ€™s picked up a viral infection. The one thing I asked the doctor is how I should approach dealing with germs and preschool. The doctor said that typically when a fever is gone and symptoms start to subside you can send your child back to school. As children are exposed to things they build immunity to it and their immune system get stronger. There is a study that states that children in the 2nd grade are absent just as much as children in preschool. I donâ€™t understand why parents send their sick contagious children to school. It seems like a never ending cycle of germ swapping to me. In a perfect world Iâ€™d like children with contagious symptoms to be kept at home, and if they go to school be sent home by the school nurse.

My son has to deal with allergies, asthma and eczema on a regular basis. I try to prevent anything else that he may have to deal with on top of his existing issues. Â No, one wants a miserable sick child! So, am I the only one who feels strongly that sick children need to be kept home or should we allow them to swap germs at school in the hopes they are helping each other build a tolerable immune system?

The last couple of weeks have been really hectic and everything seemed to be spiraling out of control and happening at once. Iâ€™m in the process of moving and that can be stressful itself. I havenâ€™t been feeling that great and I thought it was allergies at first, then I thought since my allergy medications werenâ€™t working it had developed into a spring/summer cold but, when NONE of the OTC (over the counter) cocktails were working I went to the doctor AND was diagnosed with a sinus infection. Iâ€™m feeling a lot better since the Amoxicillin, Tessalon, Flonase and Xyzal have kicked in! Thank Goodness!

It was perfect timing that my month to be the featured blogger for Ocean Isle Inn at Ocean Isle Beach in Brunswick County North Carolina was just around the corner. The thought of being in a beautiful ocean view room for the weekend listening to the waveâ€™s crash against the shore gave me a sudden sense of calm. Could it be that Iâ€™ll be able to relax for once and rest just a little bit? The last time I visited the Ocean Isle Inn was back in February for the NC Mom Bloggers Conference and I am very excited to be back in the summer season. Iâ€™ll share a blow by blow recap of my Ocean Isle Inn visit. To be continuedâ€¦

So here I am playing catch up AGAIN! It’s been six days since my last post. When am I not playing catch up? I swear if itâ€™s not one thing itâ€™s another! So my Pooh Bear has been sick for a little over a week. I took him to the ER last weekend due to an infection that had him so miserable and this is where all our additional problems started! Now, hereâ€™s a little background historyâ€¦ Pooh Bear is now two years old. He has food allergies and seasonal allergies due to pollen. We have to deal with eczema and we also are on Xopenex for wheezing! The pediatrician did say it comes in threeâ€™s. Allergies, Asthma and Eczema! Ugh!

We visited the ER last Saturday and they put Pooh Bear on an aggressive antibiotic, which tasted horrible! Yuck! I was having such an issue getting him to take the full dosage. We had to follow up with the pediatrician on Monday who then switched the antibiotic to a better tasting one. Within 24-48 hours Pooh Bear started to have diarrhea. Well, that was a side affect of the first medication he was on. We go back to the doctor on Tuesday to check in because Pooh Bear has such a sensitive system that he reacts to almost everything, we passed that check up and we are on the road to recovery! So I thoughtâ€¦ By Thursday I had stopped his antibiotics to see if the diarrhea would stop! On Friday I noticed a diaper rash on Pooh Bearâ€™s rear end! Within a 24 hour period it got worse; I started to use Desitin on it, and then switched to Aveeno Diaper Rash Cream. It was horrible!

Pooh Bear didnâ€™t want to be changed, he couldnâ€™t sit down, and he was so uncomfortable! I struggled through every changing! We were both crying on Saturday as I changed him, and Iâ€™m apologizing to him telling him that mommyâ€™s sorry and Iâ€™m going to make it all better. He looks up at me with tears in his eyes and says â€œIts okay mommy!â€*My heart sank* I was so concerned that I called the nurse line on Saturday and needed advice. Nurse Advice: Go to the pharmacy and get Florastor a pro biotic to help restore his GI system and hopefully the diarrhea will slow down and/ or stop completely. Try to get him to eat yogurt as well. Get Derma Care, a diaper rash cream that is more concentrated and tends to work faster on really bad diaper rashes. Okay, I was successful at getting the Florastor but, not the Derma Care. Derma Care needs to be prescribed by a physician. Pooh Bear doesnâ€™t like yogurt, he spits it right out! Lovely! (Sarcasm) Oh, and I almost forgotâ€¦ She told me to let him run around bare with no diaper, it needs as much air to hit it as possible and it will help heal the diaper rash. Now, I swear I mentioned at the beginning of the conversation, that he had diarrhea. My first thoughts: Um, Iâ€™m not talking about a puppy that I can crate and do clean up all in one place! Iâ€™m talking about an active two year old. I have no problem laying him on a towel bare bottom while heâ€™s sleeping! Thereâ€™s no way Iâ€™m doing it while heâ€™s up and running around. That would be a hot mess!

Okay, this is the second weekend in a row that Iâ€™ve had to call the nurse line and follow up with the doctor on Monday. So, we go to visit the pediatrician and he takes a look at Pooh Bears little butt! Okay, he says this is from the diarrhea! Itâ€™s so acidic and when it touches his skin it getâ€™s irritated. Me: Well, itâ€™s not like heâ€™s sitting in a diaper, he gets changed immediately after he goes. Dr: It doesnâ€™t matter! Heâ€™s been having diarrhea since Tuesday. Iâ€™m going to prescribe a cream that is used when usually treating elderly patients for bed sores! Me (In My head): What the hell! Dr.: Itâ€™s a barrier cream that will protect the sores and help the healing process. It should clear up in no time, thereâ€™s no need to start him back on the antibiotics! I think the medicine has had enough time to do its job! Me: OK, well Thanks! I have been here three times within the last week and I hope I donâ€™t I donâ€™t see you for a while! *smiles*

Conclusion: My son was ill due to an open wound caused by scratching from his eczema; the wound got infected and he then got antibiotics which caused diarrhea, which in return caused a really bad diaper rash! But, weâ€™re on the mend! Yippee!

So there you have it! Iâ€™ve been on hiatus yet again, but Iâ€™m back for now! Letâ€™s hope this lasts a little while shall we! If only I could put him in a bubble and keep him safe!

So, I guess it’s better to post later than not at all! I’ve caught the cooties! My throat feels like it’s on fire, my head is throbbing and I’m a bit congested. I’m not surprised, it was bound to hit me at some point. I am mommy to four children, I have a tween and teenager in Middle School, a ten year old in Elementary School and toddler in Daycare. You know where I’m going with this! It’s cold and flu season and we’re in the middle of a germ war zone. So, I’ve been in bed all day trying to shake this not so good feeling. My menu all day has been as follows. Hot cups of Tea, and Ramen Bowl Noodle Hot & Spicy Soup. It’s the best! It’s one of the best decongestants I’ve ever had and it tastes good. It comes in chicken and shrimp flavor. Sorry, no fancy tropical islands, beaches or flowers today. I had to share my pain and suffering! Pray I get better soon! I’m trying to keep my germs to myself. My poor baby doesn’t understand why mommy is partially alienating him. This too shall pass… 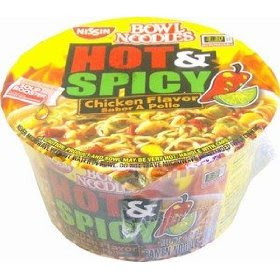 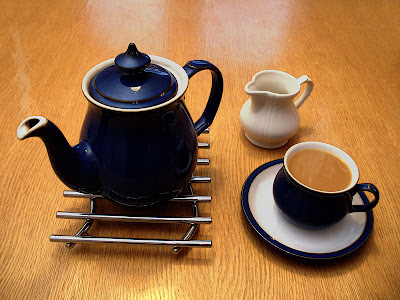 Loving all my peeps! I’m thankful and very appre

FINALLY got a chance to visit Mr. Fries Man in the

Got an opportunity to visit Van Gogh - The Immersi

Let me tell ya’ll about this cake! Shoutout to @

In between all the travel, food and booze pics I g

So, I recently hosted my first Jen & Juice Foodie

Hello June! . I can’t wait to celebrate my two

Lately I’ve been brunching hard and I’ve been

Canopy by Hilton Southpark in Charlotte, NC is a w