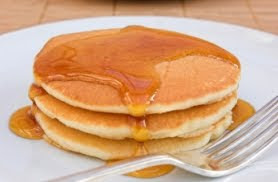 Celebrate National Pancake Day on Tuesday, February 23, 2010. From 7 a.m. to 10 p.m. IHOP restaurants nationwide will offer you one free short stack, which are three of their delicious buttermilk pancakes. All they ask is that you consider making a donation to support local childrenâ€™s hospitals through Childrenâ€™s Miracle Network or other local charities in your community.