Sunday evening was great! We made a date night out of it which happens rarely. Besides sneaking away for a few hours on my birthday last month to go out to dinner and a little dancing we havenâ€™t been on a date since July/ August when the kids went to go spent some time with their Grandma in New York.

We started out at an appealing upscale local restaurant that we visit when can manage to slip away. The food was great and our server was excellent! We did indulge in a cocktail or two and it was just us connecting and socializing about things other than our Fab 4! No potty training conversations, no talking about discipline, the kids grades in school, or our finances. It was just us connecting on a whole other level and it felt good! We always have debates in our home about common interests or even the great old battle of the sexes but, this was different and I laughed all night! Maybe it had something to do with the fact that we were getting ready to attend a comedy show and we had cocktails, but I doubt it. My hubby is a clown! It also let me know that we need to try to incorporate this into a more routine event. Last night I could look into his eyes and see that even though he gets on my last nerve sometimes & I just want to ring his neck, heâ€™s still the love of my life and even though weâ€™ve been through trials and tribulations in the last fifteen years weâ€™ve been together I still love him unconditionally.

After we finished eating, we headed to the arena where the event was being held. We parked and got our seats. The show started on time which is great because sometimes there are delays with huge concerts. There was a comedian that came out before Dane to start the show, he was really funny but, his name escapes me at the moment. I laughed all evening and I felt care free. Laughing is very therapeutic! Itâ€™s almost like when you know you havenâ€™t cried in a while and youâ€™re due for a really good cry to just cleanse your soul. I donâ€™t know, maybe itâ€™s just meâ€¦ Leave it to me to say hmmmâ€¦ I havenâ€™t cried in a while. I think I need a refreshing cry so I can feel good afterward. This doesnâ€™t happen very often but, Iâ€™ve done it!

Okay on to Dane! He comes on stage and immediately the crowd goes wild. He had me in stitches the whole time. He was on stage for an hour and a half belting out these jokes non stop and it seemed like a few minutes because time flew by so quickly. He has this regular guy next door appeal to him and he wore a button up shirt with a t- shirt underneath and some jeans and sneakers. He took off his button up and threw it in the audience. I know one fan is very happy! I also learned via Live Nations website that he was named one of the world’s “100 Most Influential People” by Time Magazine, and became the first comedian in thirty years to release a comedy album that charted as high as #4 on the Billboard charts. He spoke about relationships, secrets between couples (that one was funny), Brittany Spears and some of his personal experiences in life especially on the road. Overall it was a great show! There were times he couldn’t finish the jokes because he was laughing uncontrollably. I canâ€™t repeat the jokes because they were rated R and X. So with that being said, if heâ€™s ever in your town I highly suggest you go and see him for a good laugh. There were some PG jokes in there too, not to worry it wasnâ€™t all filthy jokes. None the less very entertaining! Here are some pictures from the event! 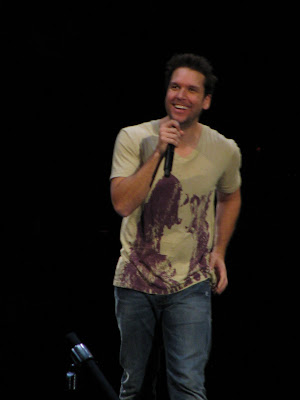 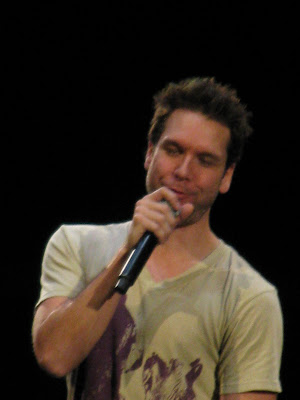 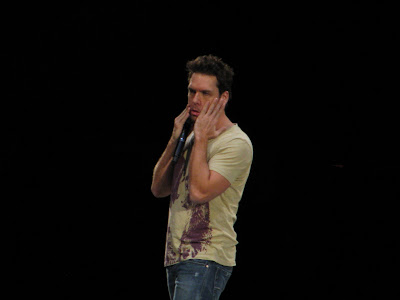 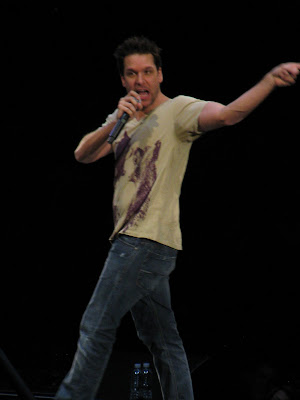 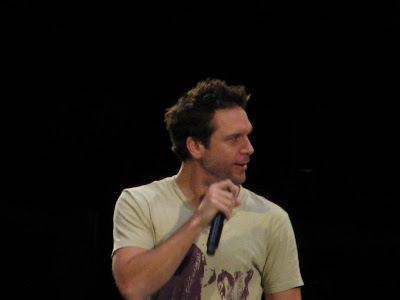 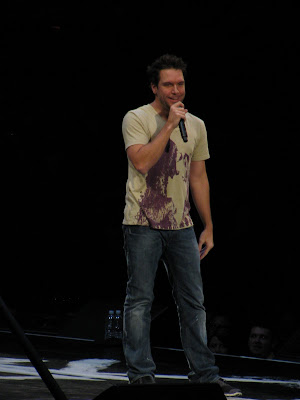